The Santa Clara Serology Study; Debate; John Ioannanidis with a Target on his Back

The simple story this week is that a new Stanford study of seroprevalence of COVID-19 antibodies show that past infections are far higher than most reports have indicated - Science, April 21, here.  See the Medrxiv.org paper by Bendavid et al., here, posted April 17.

The authors projected a seroprevalence of 2.5% to 4%, being 50-85X higher than the PCR confirmed cases.

For critiques, see e.g. San Jose Mercury News, here.  For some context and back story, TalkingPoints here.  There, John Marshall argues that New York City shows the lowest possible death rate is about 0.5%.  A Bloomberg article reports that the data are mixed and conclusions in either direction are hard to draw - here.  For another article on the debate with quite a bit of context, by Stephanie Lee, here.  And Lee and others are discussed by a Columbia academician here.

Here he's on the defensive for a change, and scrambling, and he's archived like a scrambling fly in amber in the NYT.  I couldn't help but feel he was newly in a scenario where the tables were turned. 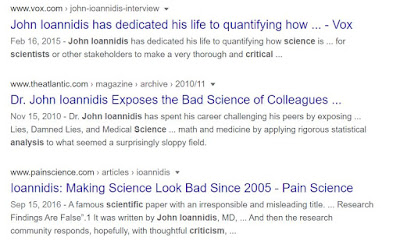