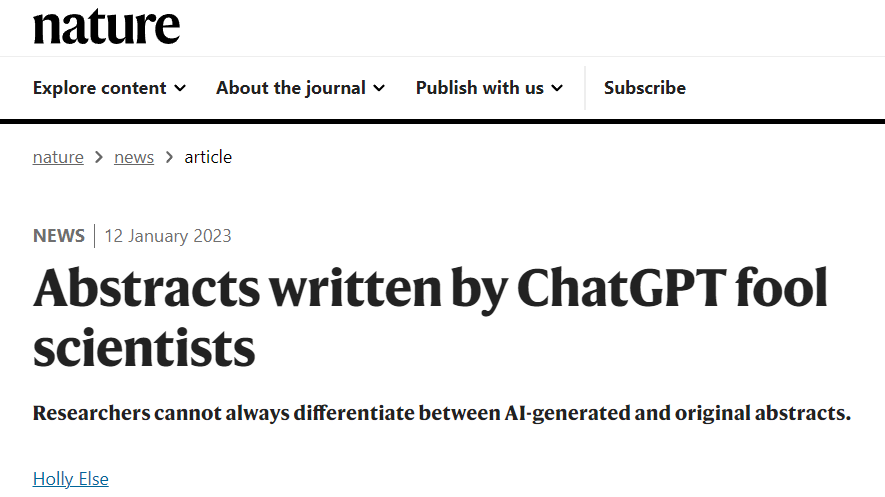 Back in mid-December, I wrote a blog about CHATGPT and asked it a number of questions related to genomics (here).   (Separately, I recently asked CHATGPT to find an obscure Medicare regulation about self-administered drugs, here.)

By now, the internet and YouTube is ablaze with articles and videos about countless aspects of CHATGPT.

Here a news article in Nature that CHATGTP can produce scientific abstracts that in many cases cannot be detected as AI products, by human reviewers.   The Nature news article is based on a BioRxiv preprint by Gao et al.

Humans identified about 7 in 10 (68%) of AI abstracts, but while doing so, they misclassified 14% of human abstracts as AI generated.  If I read the abstract correctly, a machine-generated tool could correctly classify essentially 100% of the AI and human abstracts, better than human readers.

For fun, I asked CHATGTP to write a methods section for an NGS-based breast cancer risk gene project.

Can you write a methods section on the same topic but about twice as long and twice as detailed?