A couple weeks ago, I published and article (and a video) on Medicare fraud as evidenced by Department of Justice documents, which the reader or a journalist can easily cross-reference to the named lab's Medicare payments in the prior year.   Article here.  Invariably, year on year, huge crazy payments form Novitas and FCSO MACs, and paid for genetic testing that was ridiculous on its face.  No "AI" needed.

Today's news, another DOJ press release in the ongoing saga, covered by Genomeweb.   The Genomeweb articles about $53M of genetic testing fraud (their headline) is here.

Stated as a lab with operations in Houston and Ft Lauderdale.   Going to a public database of genetic test payments by Medicare in CY2020, there was just one Medicare genetics lab based in Ft Lauderdale, which had $27.5M in payments from FCSO, of that, lo and behold, $24M for "tier 2 codes" which the MAC chose to leave on unedited status (auto pay) year...after year...after year...as these press releases from DOJ have been pumping out since 2019, three years ago.    Along with avalanches of payments for muscular dystrophy, Noonan syndrome, Usher syndrome, etc. 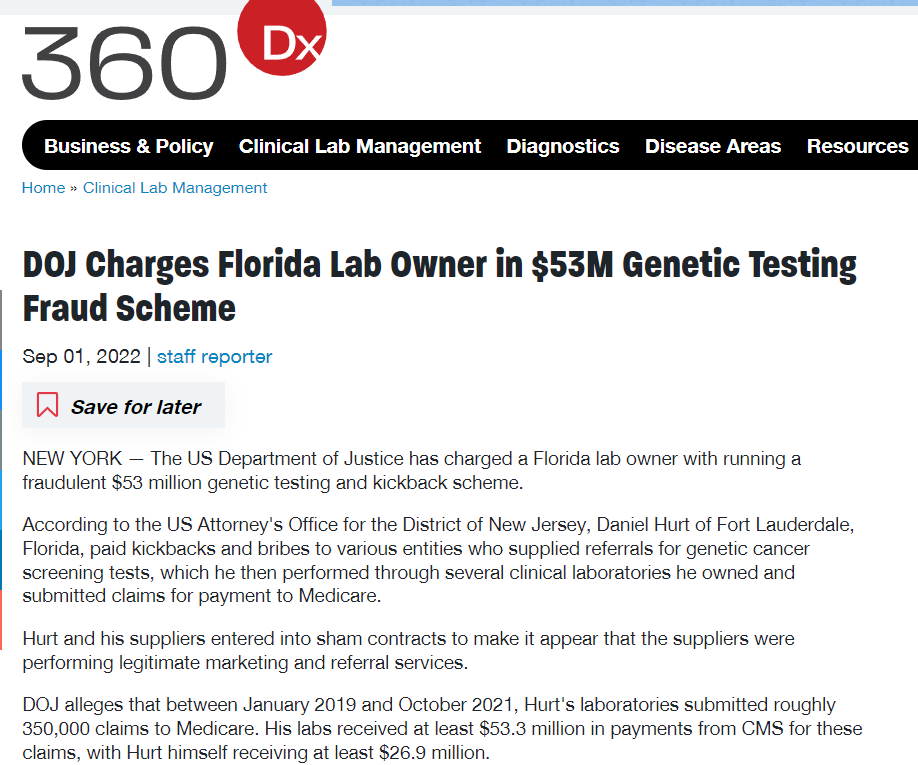 But THAT, in turn, links straight to actual court documents, which some readers might enjoy (if you like watching burning buildings and cars going off cliffs, you'll enjoy this 13-page court document): 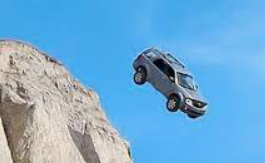 The court documents cite payments for sceptical-looking genetic testing through at least October 2021.  This is stomach-churning, because the claims fraud patterns and the ease of instantly detecting them were obvious by (at the very latest) July of 2019, per other DOJ documents under Operation Double Helix.

I wrote about 81408 as the "fraudomatic" code in October 2020, two years ago, based on data that the MAC and CMS had a year earlier than that, but had just released publicly in October 2020.  And it was all covered in detail in Dark Report in December 2020 ....but Novitas payments (per this new DOJ document) were still gushing out into late 2021 in the same unimpeded manner.