Why the October 9, 2018, PLA Code Submission Deadline is Like a Solar Eclipse

For over a year, AMA has been issuing rapid codes for any sole source lab test or FDA approved lab test.   These are called Proprietary Laboratory Analyses, or PLA codes.  As the of quarterly September 2018 update, the AMA has issued about 80 of these - see home page here, calendar here, and PDF of codes here.

This coding system is based on the Congress's instruction to CMS in 2014, in PAMA section 216, to create new codes rapidly for Advanced Diagnostic Laboratory Tests (ADLTs) and/or FDA cleared or approved tests.   The AMA's code production system is broader, as it will create a code for any sole source lab test whether it will or won't be an ADLT (something AMA wouldn't know at the time of code creation).

PLA codes are initially priced by local MACs, and they reach official CMS national price-setting in the first possible June after the code's creation.   For example, a new PLA code in May hits CMS quickly, but a September PLA code won't hit CMS until the next summer.   CMS treats the new codes like any other new lab code- CMS decides with public meetings and a summer of careful thinking, whether to crosswalk the code to an existing code, or whether to gapfill it officially in the next calendar year.   (For discussion of June-September CMS policymaking this year in 2018, see here.)

Meanwhile, the new PLA code is also on another calendar: to enter the triennial PAMA pricing cycle, through which CMS sets a price data claims period, a price reporting submission period, and a final price posting schedule.   While the future can't be perfectly predicted, most of us think the next PAMA price/payment period will be 1H2019, with data reported in 1Q2020, and prices set in 4Q2020 for CY2021,CY2022, CY2023.  (See a July 2018 OIG report, OEI-09-17-00050, stating that "In 2020, labs will report data collected from January-June 2019.")

I've noted earlier that labs have a lot of opportunity to make decisions during this payment collection period.  For example, if the lab submits claims for $1000, $1000, and $1000, and the first is paid at $1000, the next $300, the next $200, the lab would probably appeal the low pricing of the $300 and $200 claims.  This private payer appeal (or sequential higher appeals) process could easily extend final adjucation of the $200 and $300 claims beyond the PAMA six month claims finalization window.  The "last man standing" would be the $1000 claim, for reporting.

(Legal eagles might note that a January 2019 code submission could result in an April 1 effective date, falling within 1H2019.   But whether any claims would be logged and paid by June 30 for the 1H2019 paid claims interval becomes dicey.  For example, you might have 50 claims submitted and 50 denials, 0 reaching the goal line of being appealed and paid by June 30). 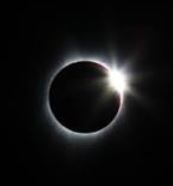