As this  session of Congress comes down to the wire, STAT publishes two articles on whether VALID will be attached to a major bill and pass.

#1, Open access, see an op ed promoting VALID and ASAP by Scott Gottlieb and Mark McClellan, both former directors of the FDA.  Here.

#2.  The second article is behind a firewall, and two STAT journalists survey the legislative field and its dueling stakeholders.   While this is a news article, the headline is pretty biased ("Congress can close the Theranos loophole" rather than, say, "Congress can strangle innovation," or the more neutral, "VALID Debate Continues to the Wire.")  Behind the firewall here.  They say the future of VALID is uncertain, while noting that FDA has offered (or threatened) to reproduce VALID by regulation of LDTs via notice and comment rulemaking (Califf quoted here.)

Read the New PDF Version of VALID (December 2022)
According to the Stat article, House and Senate negotiators released a new draft of VALID around December 8, and they link to an open access 110 p PDF at SCRIBD.  I've included a cloud copy. 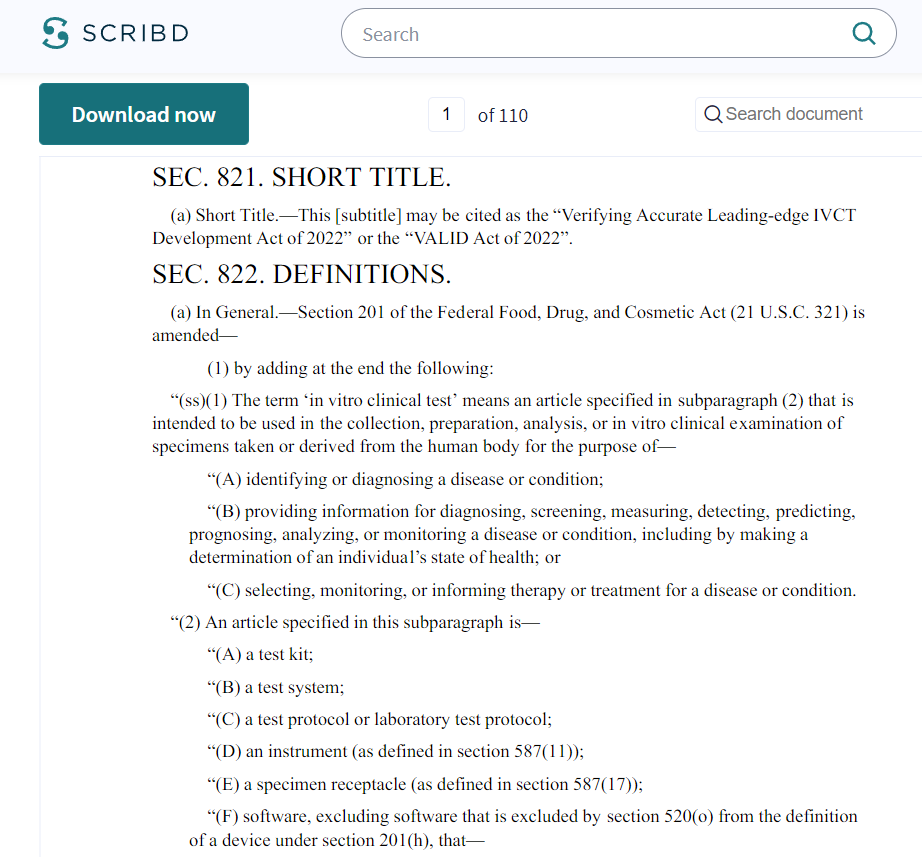 __
See a December 9 article in Genomeweb that the current VALID exemption for academic centers is too narrow to be useful.
See a December 16 op ed in WSJ that calls VALID, "The FDA's Power Grab."