OIG has issued a report that some labs have billed Medicare for dubious amounts of add-on testing for pathogens.  See the new 19-page OIG report here.  See coverage at Genomeweb here.

The OIG provides an excellent public analysis of the abusive schemes and templates; having a background in this kind of thing, I really enjoyed it.

Previously, there have been some commercial insurer lawsuits against labs that billed for federally covered COVID testing during the pandemic, while adding on thousands of dollars of other pathogen testing.

In my recent analysis of 2021 Medicare Part B spending, I noted that COVID testing was about $1B, and other molecular testing about $2.8B (total, $3.8B).

Much dubious spending occurs, around $1.5B over several years.  Highly dubious Tier 2 code spending ran about $500M in 2021 alone (that much in excess of base year 2017, and from little-known labs in a very limited geography, a number of which were indicted by DOJ.)   By "highly dubious" I mean patterns like billing 2 units of every Tier 2 code for every patient, or some some labs, as many as 4 units.  Statistically there may not be even 1 patient in the US that requires that billing pattern, let alone...every patient the lab sees. 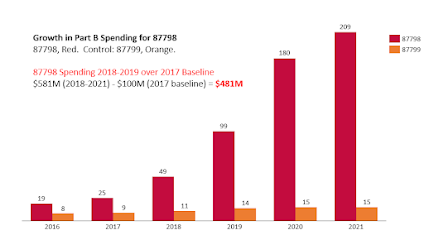 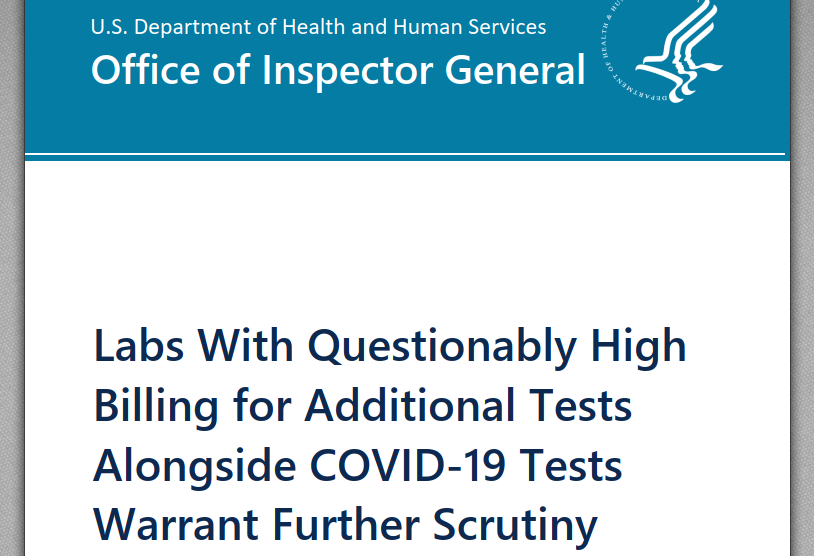