Often, it's hard to get price transparency data on genetic tests.   One source, dating back to 2016, was the first PAMA survey.  PAMA published a huge data file of paid prices for every lab CPT code, including genetics, so you could calculate your own median, average, SD, and so on.   But that data is approaching 7 years old.

Concert Genetics has just released a white paper with data on the price structure of 20 categories of genetic testing, from oncology to prenatal to pharmacogenetics.  It's free with email registration. 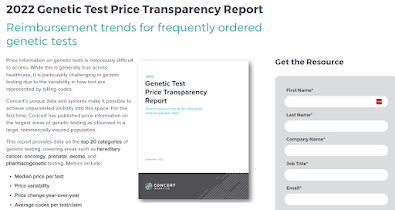 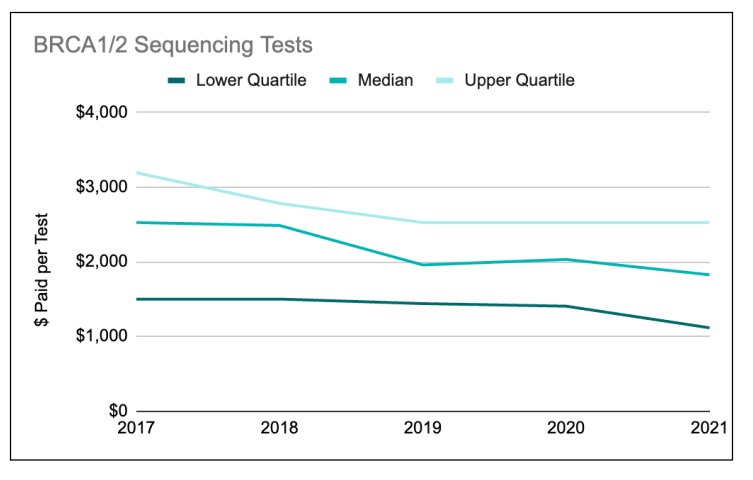