PAMA law requires the OIG to issue updates on payments for Medicare's top 25 lab tests, as well as reports on CMS's progress in implementing PAMA itself by creating new fee schedules.

I covered previous editions of these reports in a September 12, 2017 blog, here. 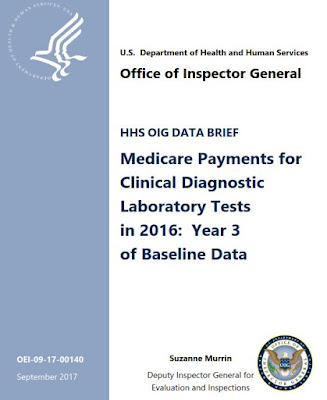