PAMA requires not only that CMS implement a new system for payment of laboratory tests, but that the OIG provide annual reports on what CMS is doing.

Since the OIG has been issuing these reports in September, they may come out about now.   It's interesting to review how much material went into the September 2016 reports last fall. 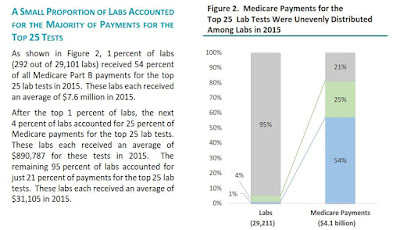