Where is CMMI Going? Health Affairs Video and Article (Brooks-LaSure)

One key question for the future of CMS is where it will go with the Center for Innovation (CMMI).  On Thursday, August 12, 2021, Health Affairs posted a detailed article on the future of CMMI, by CMS authors, and held a one-hour webinar, archived on YouTube. 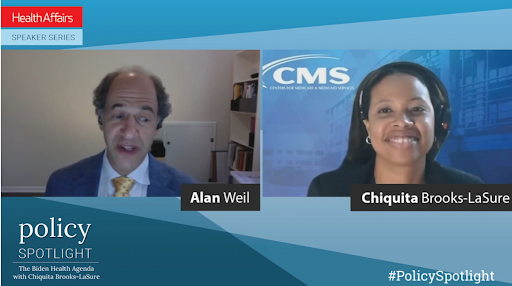 There are a few strange things about CMMI.   In the Obama administration, Republican senators were eager to kill it entirely, believing it was too powerful.   The Trump administration put CMMI on hold at first, but then realized it was a very powerful tool.  For example, the Trump administration, in its last quarter, proposed resetting US drug prices to European drug prices as a "demonstration project" nationwide for years, under CMMI's authority.  That authority allows CMMI to hold a "demonstration project" of unlimited scope and scale and waiving any part of Medicare law for the duration of the project.   (Yowza!)   Numerous Medicare waivers occur under CMMI authority, but are simply referred to as 1115A waivers, as if it was part of Medicaid protocols rather than the referring to CMMI's blanket authority.

CMS has never conducted regulatory rulemaking under 1115A, so it has been treated was "self-implementing," giving CMS even more "flexibility."

In the article, CMS highlights six goals for CMMI.

An unofficial auto-transcript from the YouTube link is here.