Historically, CMS has released annually rulemaking for the Part B services - "Physician" rulemaking and "Hospital Outpatient" rulemaking - plus or minus July 1, and finalized these rules on or very close to November 1.   The schedule works backwards from January 1:  the rules are supposed to be published 60 days before the next calendar year (November 1) and they have 60 days public comment (e.g. July 1 - August 30), given CMS about six weeks (September - October 15) to sort out comments and generate and approve a final rule on dozens or hundreds of topics.

This year, the rules did not appear on or near November 1.

It's not unheard of that they appear in mid November, but it's not typical.  Most years, they respect the 60 day notice period prior to the next January 1.

The proposed rules appeared August 4 for outpatient (here) and August 3 for "physician" (here).  That means the comment periods didn't close until circa October 1. 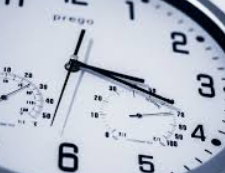