How Long Might It Take CMS To Implement Rules for a Massive NGS NCD? (Scary)

On November 30, 2017, CMS released a massive draft NCD which would cover the whole domain of next generation sequencing technologies in oncology patients, both those with advanced cancer (where many new controls would be implemented) and those with non-advanced cancer (where NGS technologies would be banned outright).   Comment period closed in January (see comments here) and the final decision will be released on February 28 and effective on the same day.

How long would it take to figure out and implement all the associated rules?   One recent NCD example took a nearly ten month timeline. 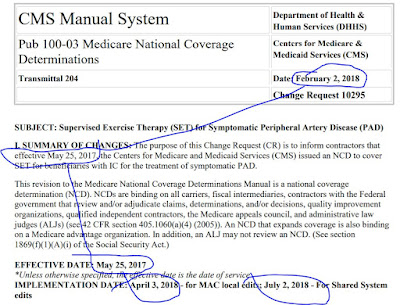 Hopefully for the hugely impactful NGS Oncology NCD, CMS could get the rules to medical centers and laboratories and MACs in faster than 8 months -- but that was the actual timeline for this 2017 NCD example