In mid December, 2017, ACLA filed legal action against CMS for for having defined "laboratory," under PAMA, in a way that excluded almost all hospital labs.

CAP has announced that it filed an amicus brief  supporting the ACLA action, with a press release here (Feb. 22) and the CAP legal filing here.


More than ever, the case shows that the underlying law is tortuous and difficult to implement by CMS.

The law requires that CMS collect data from "laboratories" that have more than half their revenue from Medicare from Part B (CLFS or PFS).

This means they get less than half derived from Part A (inpatient) or other Medicare sources.   I believe CMS staff faced what they saw as a tortuous or impossible mission to figure out how much of an embedded hospital lab's "revenue" filters in from Part A, Part A overhead, Part A continuing graduate education, Part A's complicated cost buildup with real estate and facility amortization, and so on.   Fleeing this rats-nest, CMS looked to the NPI, making it trivial to calculate how the NPI was paid by Medicare, because an NPI is a thing that CMS cuts checks to and can add up the checks.   However, embedded hospital labs roll up into a hospital NPI with all of the inpatient and outpatient services; the NPI result is no longer conceivable as a "laboratory" income statement in any sense.  Thus, PAMA law is violated, says CAP, because "laboratory" must be the unit of analysis.

While CMS can argue that it interpreted the law acceptably, and ACLA/CAP can argue that its interpretation was illegal under the law, neither party probably feels free to say that the law is a Rubik's cube with no good solution.   (There's an old puzzle, "The barber shaves everyone who doesn't shave himself; so who shaves the barber?" If it's himself, he's shaving someone who shaves himself.  If it's someone else shaves him, it violates the rule that "the barber" shaves everyone who doesn't shave himself.  There's no answer.)

CAP makes an argument that definitely does, in some ways, usefully expand on ACLA's original brief.  However, CMS may respond that it must have a solution it can implement, and that no one has provided one.  The nature of these CAP/ACLA legal documents is to argument CMS is wrong, and stop.  But implementation would require somebody somewhere (at CAP, ACLA, CMS, HHS, DOJ, Congress, or heaven) to provide a solution that would work for an embedded hospital lab that is all interwoven with the hospital accounting and finances in ways that weren't designed to be disentangled neatly for PAMA. 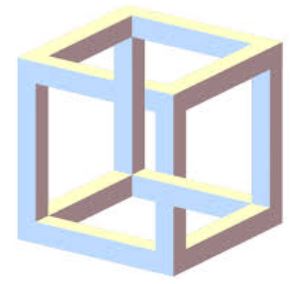