Since 1999, CMS has had an standing panel of outside experts called the Medicare Evidence Development & Coverage Advisory Committee (MEDCAC), which they convene one to six times per year.   The meetings are announced in advance, feature topical presentations by NIH, AHRQ, or other authorities, and allow for public comment.  In addition, transcripts are archived on CMS.gov.

Some MEDCACs - such as one in April 2014 on lung cancer screening by CT scan - get a lot of medical media attention.  Back in 2006/2007, a MedCAC was the focus of a burst of energy regarding CT cardiac imaging (as memorialized by NEJM, here).  Other MedCACs seem to pass unnoticed. 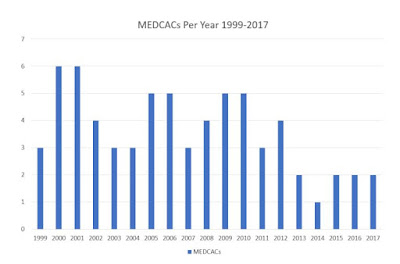 ___
Most Bariatric Surgery is covered or not covered under an NCD; however, there is some local discretion.   Palmetto GBA, for example, recently offered a draft LCD that would provide limited coverage for certain types of sleeve gastrectomy (DL34576, here.)