On July 25, 2022, HHS released a new proposed rule for non-discrimination in healthcare settings, including in relationship to sexual orientation and gender identity.  First the facts and links, then, more about the back-story.

The press release quotes Executive Orders under Biden such as one on his first day in office on gender discrimination (here).   In general, the new regulations are framed by the Biden administration as amplifying and specifying rights that are already created by the Affordable Care Act at its Section 1557 (HHS web page and fact sheets here.)   An extensive section discussed the legislative and regulatory history, the prior publication [Trump administration] of CY2020, and recent court cases such as definitions of sex including gender identity.

An interesting section (p 176ff) bans clinical algorithms that cause discrimination in health care services based on inputs including sex and age, as well as race.  See more in my July 29 blog.  For example, they call out the ICU critical care SOFA score as potentially racially biased because Black ICU patients have higher average scores.   The causes of the higher scores are important, but it's not clear to me that the "index" SOFA is racially biased.   Black patients also have almost 3X higher triple negative breast cancer, (here), but does that mean Her2neu histochemistry is racially biased?

In 2016, the Obama administration released a "double hitter" proposed rule, that covered gender and other discrimination in hospitals in part, and also, proposed a new requirement for hospital antibiotic stewardship programs (ASP).   81FR39447.

In 2019, the 2016 proposed rule(s) were set to expire uncompleted.  Due to effective communications from stakeholders, the sunset of the 2016 proposed rule was delayed just before the sunset occurred (7/11/2019, 84FR27069).   Then, a few months later, CMS issued final regulations in September 2019 regarding the hospital antibiotic stewardship programs (ASP).  84FR51732.   HHS generally took the position that the LGBT aspects of the regulations from 2016 were redundant to other federal laws, to the extent they were needed at all.  The ASP rules were finalized more or less as proposed in 2016.

By coincidence, CMS just released final instructions to hospitals on the 2019 ASP rules this month, in July 2022, here. 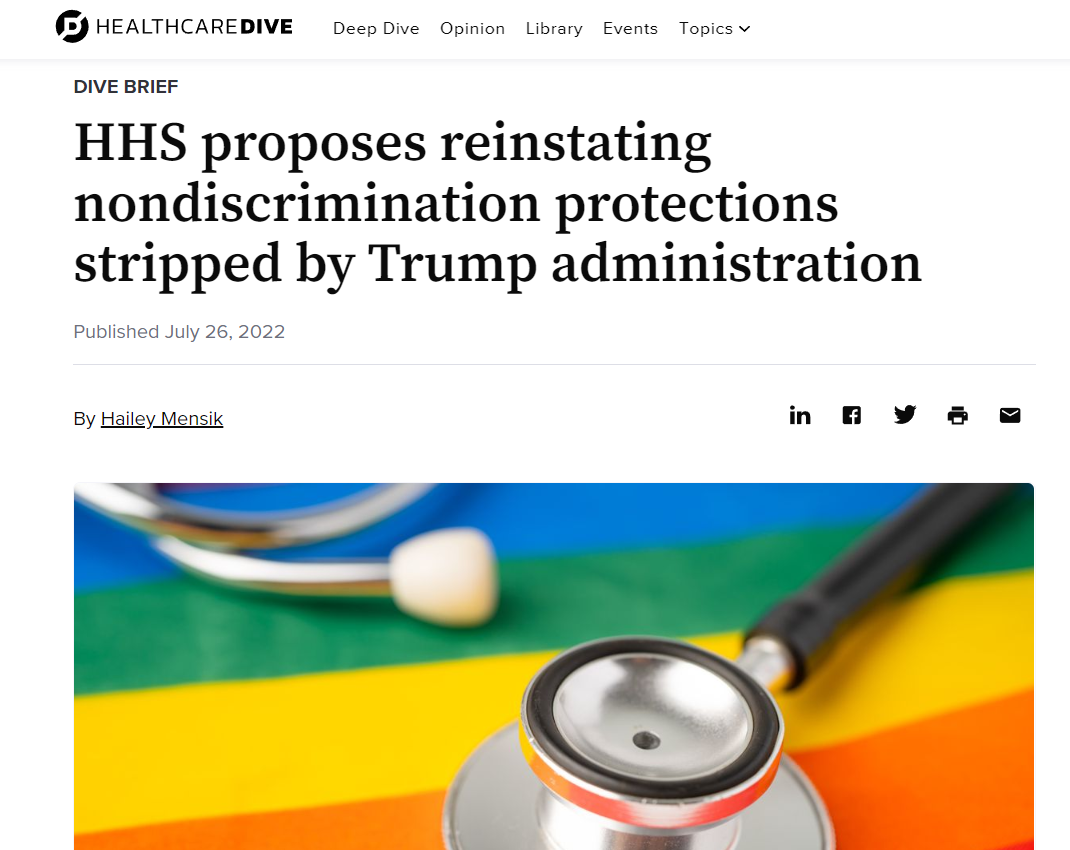