The Boom/Bust in Medicare Part B Pharmacogenetic Spending: 2013-2017

In the interim, there was rapid production of Medicare LCDs which markedly limited payments for pharmacogenetic testing.  OIG/DOJ had concerns about overuse, Genomeweb here.

I pulled some data together in preparation for an October slide presentation, and I've posted some key screenshots below.

For a broader view of CY2017 mopath codes and spending at CMS, here.

Let's say you are a lab CFO or lab industry financial analyst. 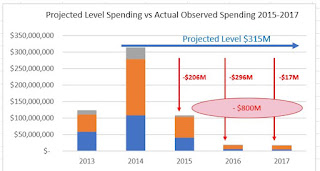 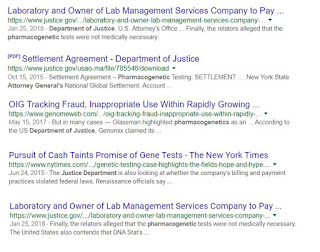