Prior Authorization - Medicare - And the President's FY2015 Budget 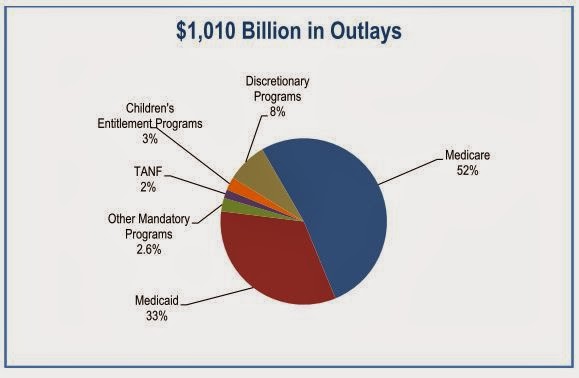 CMS and Prior Authorization - Current Policy Ideas
A particularly interesting item in the HHS policy roadmap - picked up in the trade journal GRAY SHEET (subscription) - is new authority for "Prior Authorization" for all Medicare services, at the discretion of the Secretary.   Prior authorization has most recently been required for electric wheelchairs in the durable medical equipment benefit; see the CMS webpage for this, and a CMS one-pager PDF. 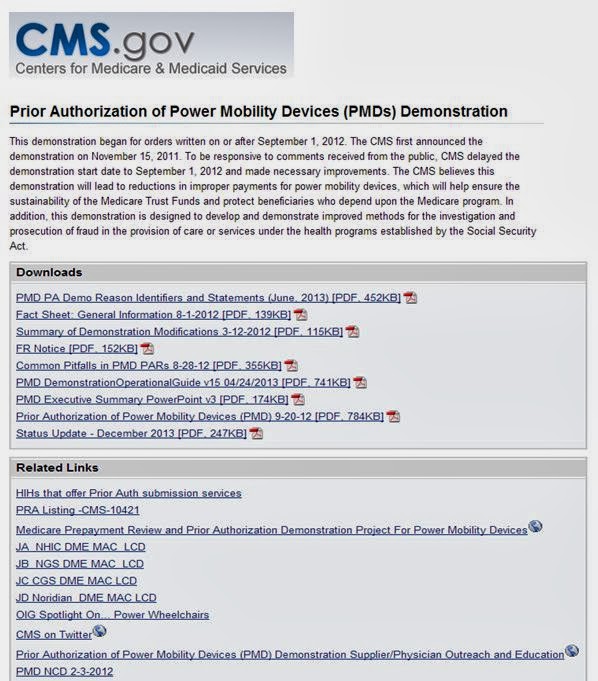 Various efforts for prior authorization directed toward Advanced Imaging have also been supported by some in government -- including the GAO (2008, Medicare Part B Imaging Services / Management Practices).

The FY2015 proposal asserts that prior authorization for both mobility devices and for advanced imaging will save an estimated $90M (out of the $500B Medicare budget).

Prior Authorization Back in the MMA
In fact, the Prior Authorization idea has been flirted with before.   In the 2003 Medicare Modernization Act (see the original bill or see Wikipedia), Section 938 was titled "Prior Determination Process for Certain Items and Services."  This legislation would have required Medicare to permit providers to apply for pre-service approval for coverage for selective services.   CMS did undertake rulemaking in 2005 (70 FR 51321), finalized in 2008 (73 FR 9672) as new regulatory authority at 42 CFR 410.20(d).  (In the interim, in 2007, the AARP complained that CMS was taking to long to finalize this regulation.)  The prior determination process seems like a gift to providers - they could electively request affirmative confirmation of coverage for a planned service - say, obesity surgery - and Medicare was limited from review or recoupment of the subsequent payment, barring fraud.   However, this could have been a double-edged sword, as providers who did not seek pre-approval for a service for which pre-approval was available might have been subject to more intensive audits and reviews.

Prior Authorization in the April 2014 SGR Reform Legislation as Passed
This spring, in the Senate bill for SGR reform (S.2000, Senator Burgess), Section 6 is entitled "Promoting Evidence-based Care."  This section requires that CMS approve, through a public process, "appropriate use" guidelines by national organizations and apply the corresponding coverage inclusions and exclusions in the Medicare program.  ("Not later than November 15, 2015, the Secretary shall through rulemaking, and in consultation with physicians, practitioners, and other stakeholders, specify applicable appropriate use criteria for applicable imaging services only from among appropriate use criteria developed or endorsed by national professional medical specialty societies or other provider-led entities.")  This is not optional; providers will have to verify at the time of claims submission that the service in question has met such a guideline, through a clinical decision support tool.  (There is exception for rural providers who have no internet access.)   Outlier professionals will be subject to more stringent prior authorization.   Finally, the legislation requires CMS to submit a report in 18 months evaluating the feasibility of extending this program to other services, explicitly nominating radiotherapy and clinical laboratory services as potential targets.

MedPAC recently commented (in the context of new Part D proposals) that Medicare's appeal process is "broken" - worrisome for anyone who foresees that some patients will likely fall between the cracks of the preauthorization rules.