Is the FDA too slack or too tight? 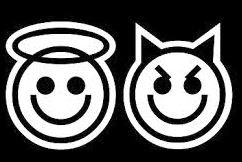 Is the FDA too lenient or too strict?  Controlling safety or stifling innovation?

This question never goes away.   A few years ago there was a flurry of activity, both inside and outside the FDA, on the condition of, and prospects for reform of, the 510(k) device regulation pathway.   The IOM held a 2010 workshop,  followed by a 2011 report offering a "35 year perspective," and then the FDA held a public meeting (with a 134 page transcript) on the latter IOM report.

Is the FDA too strict?
In the New England Journal, just a few weeks later, Robert Kocher and Bryan Roberts discuss The Calculus of Cures, arguing that "bringing a drug from bench to bedside is a risky proposition" and discussing, in two pages, how the regulatory system and the complex steps from validation to regulation led to a system seemingly dominated by the commercial production of orphan drugs.  Recent books on the drug industry range from highly critical armchair views (Drugs for Life: How pharmaceutical companies define our health; J. Dumit, 2012) to multi-faceted expositions on the diverse forces that buffet the pharma industry and how they act to powerfully shape it (see The Future of Drug Discovery, Bartfai & Less, 2013, and their earlier, Drug Discovery: From bedside to Wall Street, 2005).

Reputation and Power
Harvard professor Daniel Carpenter argued a few years ago in his much-praised Reputation and Power: Organizational Image and Pharmaceutical Regulation at the FDA (2010) that the FDA guards its reputation closely.   If this is true, it is hard to imagine how a public relations staffer could respond cohesively to the range of viewpoints spinning around the agency.

A quantitative public health perspective
Around the time these and other publications were coming out, Hans Eichler (of the European Medicines Agency) and a range of eminent international colleagues in European regulatory affairs produced the article The risks of risk aversion in drug regulation (Nature Reviews Drug Discovery, 2013).  Their argument is summarized in the following graphic - that as the risk-tolerance of a regualtory agency is reduced (from left to middle), public health benefit rises, but as the risk tolerance of the agency becomes extreme (middle to right), public health benefits actually fall. 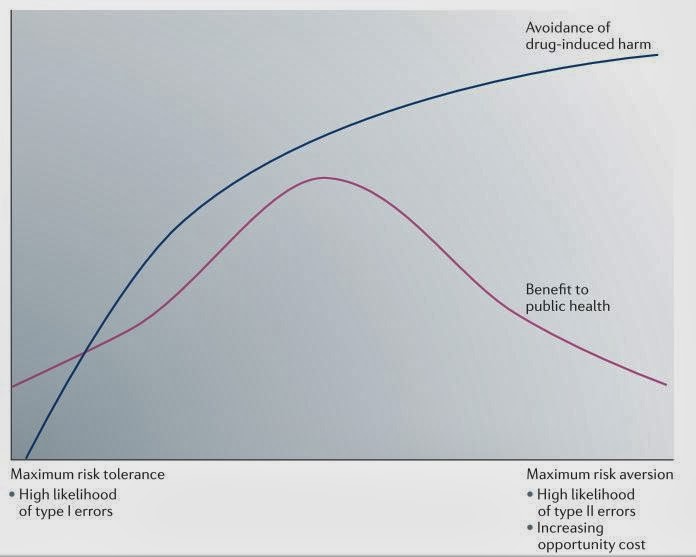 Similar ideas (in healthcare more generally) were also discussed by Seeley in his article Embracing the certainty of uncertainty: Implications for health care and research (Perspectives in Biology and Medicine, 2013; see also this blog).

Can the same idea be applied to coverage decisions?
The same concept, shown by Eichler, might apply to health technology assessments used in payor coverage decisions:  if the evidence bar is too high, or too contrived in the name of enforcing "logical rigor," the result is what has long been called "the paralysis of analysis" and important advances will be left on the shelf, just as we want rigor in peer review but not so much rigor that nothing can be published. We will be pressed up against the far right side of Eichler's graph.