In a series of blogs over the last several weeks, I've discussed the explosion in spending for CPT code 81408, which came out of nowhere in 2017 to become the highest-spending CPT code in MoPath in 2019.  See here.

Since Georgia is a MolDx state, LabSolutions had to apply for Z codes.  While Z codes are used internally at MolDx, the labs and tests and whether tests are covered by Medicare can be found in a public website run by Palmetto here.

You get a webpage at DEX for LabSolutions LLC, and you gets its NPI, lab director, and address. 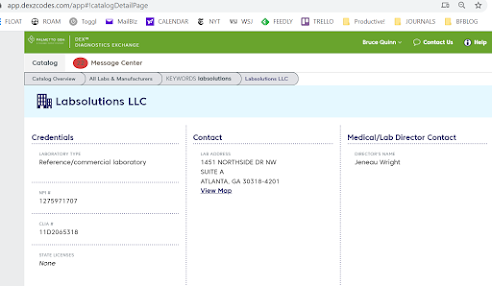 A Full Profile of Expected Lab Billing to CMS
LabSolutions has been issued 113 Z codes (test entries each match a (hidden) Z code.  Very few labs have that many Z codes.  This means you can get the full profile of every test that LabSolutions felt should be entered for future Medicare payment.

Moreover, even on October 13, 2020, many of the codes for LabSolutions are still publicly listed by the Palmetto MAC as being "payable." 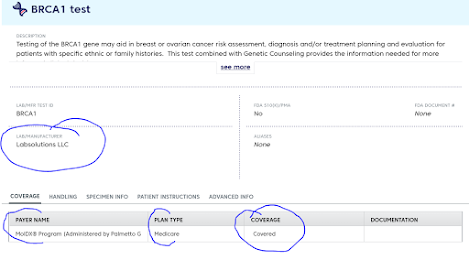 Payable codes per MolDx for LabSolutions today include BRCA testing, CYP2C19, CYP2D6, MSH6, and many more.  (Detail here).
It's unclear how MolDx handled the tech assessments for sequencing tests, as the lab allegedly appeared to be a shell outsourcing the test services to others in some cases (here) - according to Reuters.
Like all information on the public DEX website, this information is also available in a Master Edit File circulated to all MolDx MACs to control their payment rules, and obtained from time to time by outside parties via FOIA (here).
While Palmetto covered a lot of codes billed by LabSolutions LLC, it did not cover 81408 genes.
Medicare Advantage - Handcuffed to MAC Coverage Like it or Not
Medicare Advantage plans are required to cover all services covered by any "written decision" of MACs, such as Palmetto GBA LLC.  (Here).  Since the DEX website is a written work product of Palmetto GBA LLC, branded as Palmetto GBA LLC, publicly Medicare-covered LabSolutions tests may have to be paid even today by Medicare Advantage plans, even if for some reason Palmetto MAC itself has issued internal edits not to pay for them.  DEX specifically states, as shown above, that some LabSolutions tests have public states as "Palmetto, Medicare, Covered."
One of the very largest recent Medicare Part B fraud cases involving the lab industry occurred in a Palmetto GBA MAC state, Virginia (here).

The cited article states, September 2019, that

"Mina Patel, the owner of Atlanta-based LabSolutions, was charged in federal court in Miami last week with 13 counts including conspiracy, health care fraud, conspiracy to defraud the government [etc]."

The article adds that Patel "billed Medicare for more than $494M" and that DOJ seized $30M and a Ferrari from Patel.  Another articles says that Medicare payments were $154M 2016-2019.

The lab's attorney asserted there were misleading statements by parties seeking to lighten their own sentences (here).  "The conduct of LabSolutions and Minal Patel was based on the advice of lawyers." 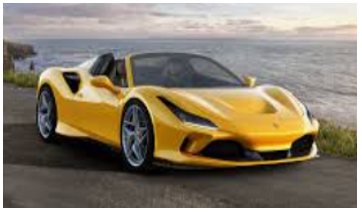